Doc > Getting Started > Your First Scene

Doc > Getting Started > Your First Scene

So by now, you should have installed Polygonjs. If not please head over to the install section first.

Then, start by creating a folder for your project. We'll run Polygonjs from that folder.

The reason you need to create a folder is that Polygonjs will save a bunch of files in the folder you run it from, and that could quickly become messy if you do that anywhere.

So let's run the following:

This will create a folder polygonjs_test_01 and cd into it. You can of course change the name of that folder as you like.

Then you start Polygonjs with:

You should see the following in your shell:

Then open your browser to localhost:8091, and you will see the editor, with a login form:

So use your credentials to login, and you'll then be able to use the editor: 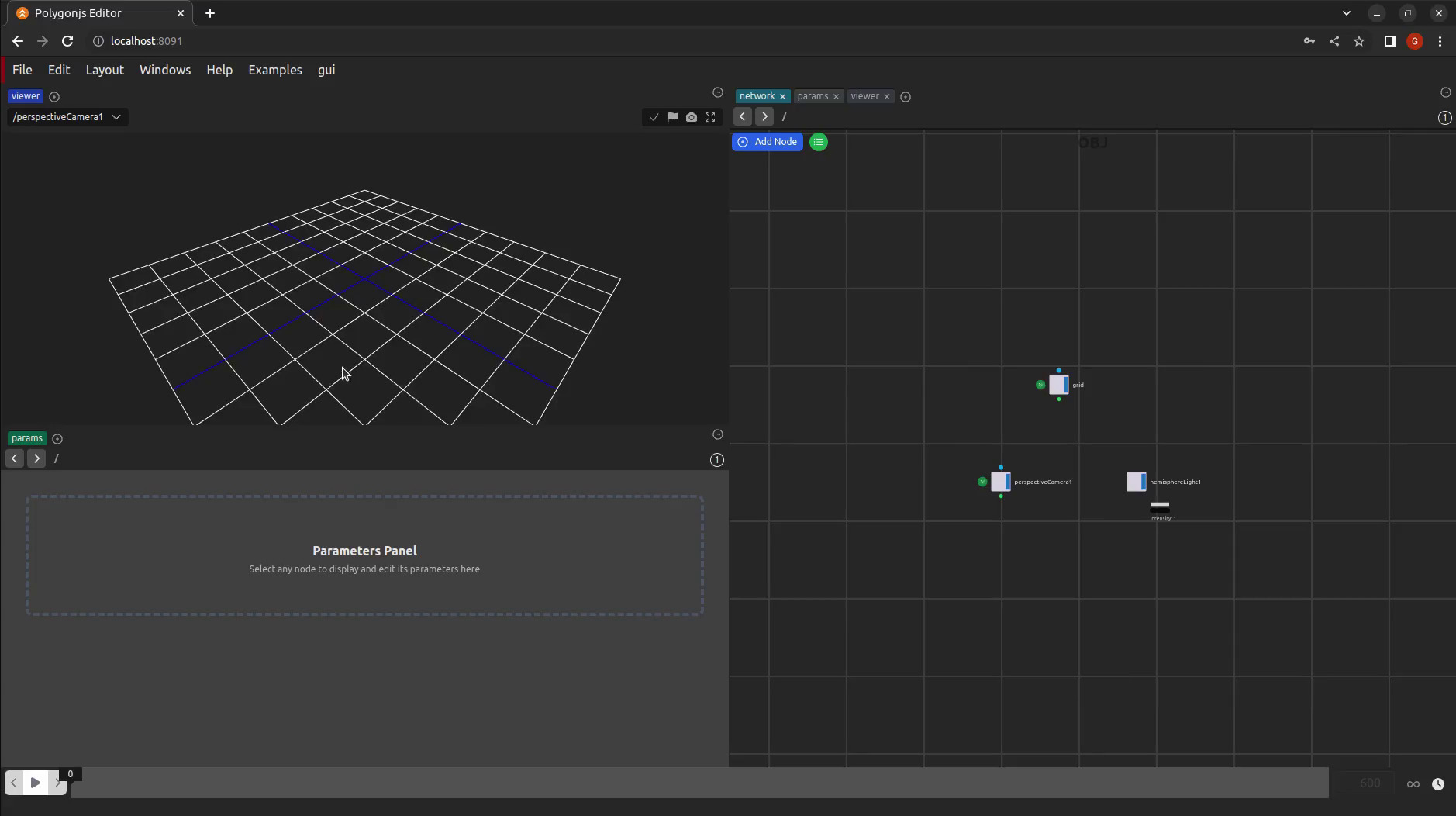 From now you can play with it as much as you like. Create new nodes, change their parameters, modify the geometry... The combinations are infinite.

You have access to nodes that allow you do to all sorts of operations to create beautiful WebGL scenes.

You can create nodes that manipulate geometry, and those are called SOP (as a nod to the visual effects software Houdini, which I've used for many many years and that was one of the inspirations to create Polygonjs). Those nodes allow you to import models or create custom geometries. And it's all procedural, meaning that if you update a node at the beginning of the chain, all the downstream nodes will update as well.

You can also create nodes that produce shaders, called GL nodes. Those are called like this because they generate GLSL code. And those shaders can be used in materials, in particles systems and in custom texture generators.

And there are many other node types, allowing you to create unique combinations. Here is a full list:

On top of those node types, you can:

You might be curious about how to export your WebGL scene to a webpage you can deploy online. Let's look at that.

Let's now see how to export ->