Once you have create this node, double click on it to go inside, and create an image node.

Then you will see, just like for the file SOP node, a url parameter. This is where the texture is loaded from.

And to check that it is correctly loaded, you can middle click on the node, and that will preview the texture:

Now that the texture is imported, you still need to assign it to a material. Let's do this.

First we go back to the top node.

And inside it, let's create a mesh basic node:

For the mesh basic node's parameters, go to the texture tab, and toggle useMap on.

Then click on the yellow button that just appears. This will open a model window to select the texture node you imported previously.

And once you've selected the texture node, you can see that the value of the parameter map has been updated. The texture is now assigned!

Now the last step is to assign this material to an object.

So go back to the top again:

Then select the material node to show up its parameters. And in the material parameter, you will see a similar yellow button to select a node. Use it to select the mesh basic you just created. And that's it! The material is now assigned, with the texture you have imported. All done!

From your local drive

And just like importing models from a url, importing textures from a remote url isn't the most convenient. This is where the local version can also help you. 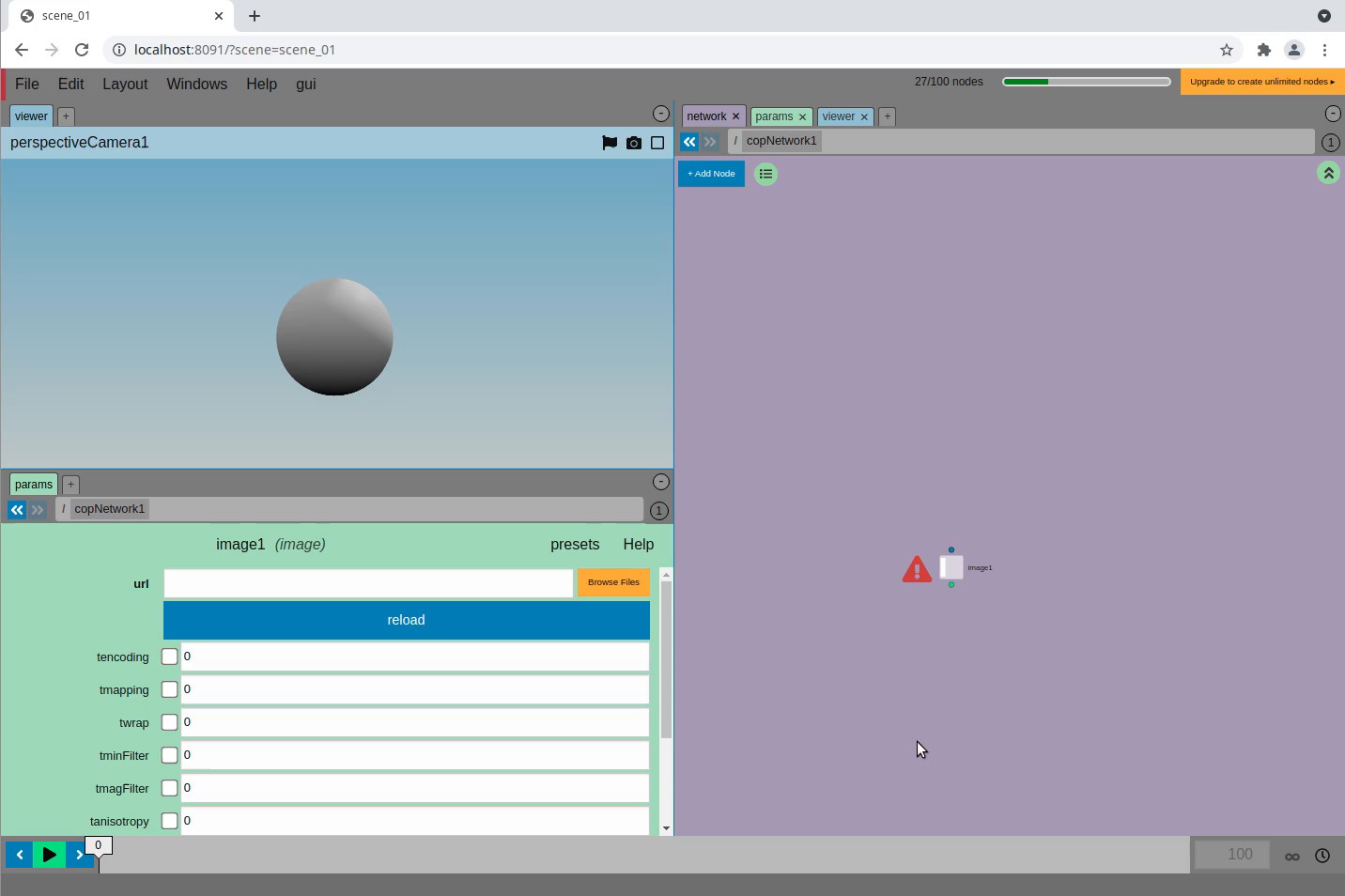 As you can see, the url param of the cop/image node also has a file browse button just next to it. And it will allow you to quickly pick textures that are under the public folder.